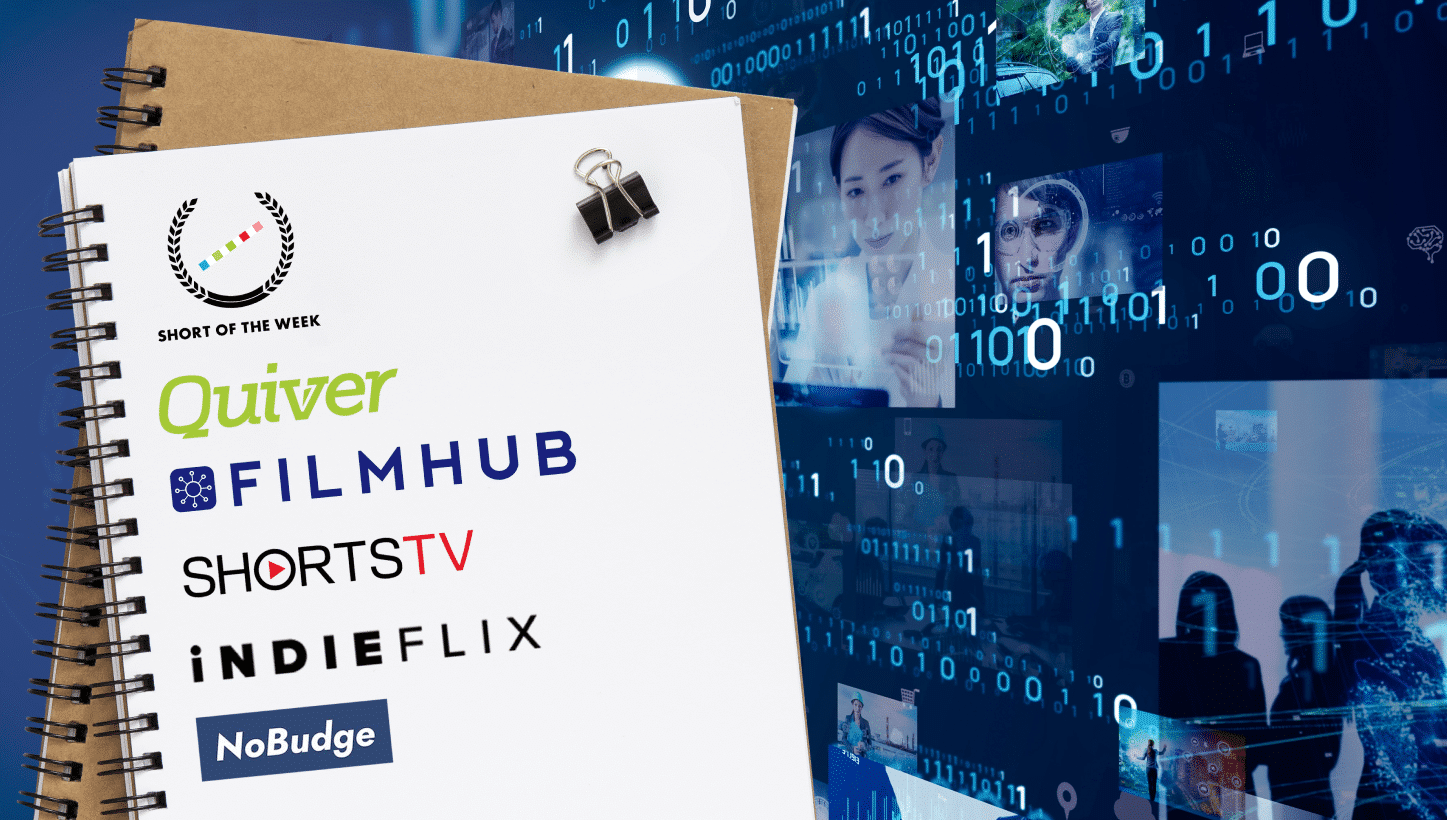 After you’ve wrapped up post-production, the question of what to do with your short film comes next. As an indie filmmaker, you may find online short film distribution particularly challenging. You don’t have a studio or an agent backing you up, and people in the industry are skeptical about your art. Fortunately, modern online film distribution provides a lot of opportunities for an indie creator; you just need to know where to look for them.

So, here’s a list of top indie short film distribution platforms where you can find an audience for your movie.

There are three main types of short movie distribution an indie filmmaker can choose from:

AVOD — ad-supported video distribution — a fancy name for posting your short film online on such platforms as YouTube or Vimeo and monetizing the picture with ad integrations. It’s the easiest approach to online indie film distribution but also the most difficult one to profit from or grow an audience. Ideally, you already need to have a channel with thousands of subscribers or active marketing to make AVOD profitable or effective.

SVOD — subscription video-on-demand — you provide an access to your short film bundled with other video content to an audience who pays a subscription fee.

TVOD — transactional video-on-demand — you provide an access to your short film to the streaming or download platforms in exchange for a one-time payment.

Regardless of the chosen approach, the reality is that you often have to pay to get onto the platform; and your investment isn’t guaranteed to pay off. So, you have to carefully plan where your money is best spent.

Disclaimer. Regardless of the short indie film distribution platform you’ll choose, we highly encourage you to closely examine their terms and agreements. You want to be sure that everything will go according to your requirements and goals.

YouTube is in the first line of independent short film distribution. It’s easy and intuitive to post on YouTube. Besides, the platform has a big and active short film audience. However, it’s difficult to gain traction there without a sizable online following or active SMM.

Often, the best that can happen to new indie filmmakers on YouTube is getting noticed by bigger indie film channels that promote works of other artists.

YouTube’s audience wants a good, engaging story first. So, if your short indie film can provide that, the platform is a good choice. 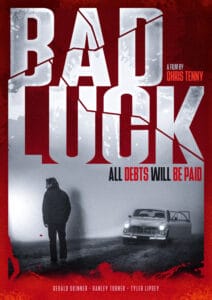 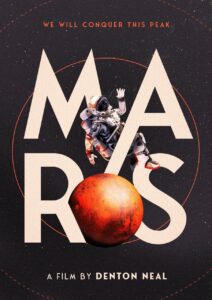 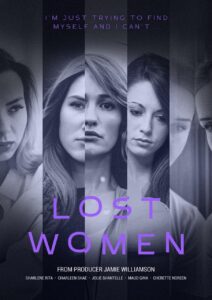 If, however, your indie short is leaning more on an artistic side of the filmmaking, Vimeo is a safer bet.

Vimeo is the first alternative to YouTube. On Vimeo, you’re more likely to find an audience that is more analytical towards indie movies. There are more film professionals or connoisseurs who perceive indies not only as entertainment but a multilayered construction that should be thoroughly analyzed and dissected.

Also, Vimeo has a feature that allows pro users to put their content behind a paywall, which can be used to monetize your short indie film.

If YouTube or Vimeo doesn’t seem like your forte, you can try Facebook Watch — Facebook’s video on demand platform. If your target audience prefers Facebook, Watch can be a good place to distribute your short indie movie.

IGTV isn’t a popular AVOD indie film distribution destination. Nonetheless, the Instagram video feature has great potential considering the number of its active users. Also, if you happen to film your short indie film vertically, IGTV can be a great place to find new audiences for your art. In any case, there’s no risk in trying.

Of course, you can always distribute your short indie movie to all AVOD platforms. But you need to promote the uploaded movie on your social media to achieve the best results. So, you need to determine the online short film distribution platform that is the most relevant to you and focus your efforts on it. Otherwise, you risk stretching yourself thin to no avail.

Nobudge is a streaming platform for new and emerging filmmakers.

The platform is a passion project of the US actor and filmmaker Kentucker Audley. who is driven by the desire to support and uplift small indie creators. According to Nobudge’s website, the platform is “focused on low-budget cinema, DIY visions, youth culture, and student films, and curates a wide range of narrative, experimental, animation, documentary, sketch, web series and dance/music videos.”

Nobudge short-film submission process is simple: for a fee of $30 (or $25 for subscribers and Patrons), you submit your indie flick for a review. Within a week, they’ll contact you to let you know if your movie will be posted.

Short of the Week

Short of the Week is an indie film distribution platform dedicated to discovering and promoting works of talented short-film indie creators. Founded in 2007, the platform has become a household name in the world of short-form indie filmmaking. It positions itself as a “ scouting ground where the entertainment industry executives, agents, distributors, and producers look for the next generation of daring storytellers.” Also, don’t let their name deceive you, they post more than a single short film a week.

Short of the Week submission process.

For $29, you submit your review on Short of the Week. If approved, your short indie film will be shared on their website, YouTube channel, and social media.

We suggest reading their submission guidelines carefully to not waste your time and money. Short of the Week is very particular about what kind of short indie film they want to distribute on their platforms. 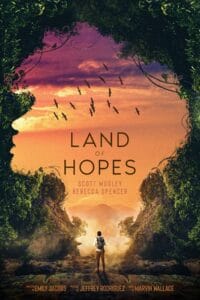 ShortsTV is a worldwide network dedicated to short films. Though the platform is huge and often works with household names and high-budget films, they accept submissions from indie filmmakers.

You can submit your movie to ShortsTV for free after completing a short submission form and sending them your short-film URL. There’s no guarantee that ShortsTV will pay attention to your movie considering the platform’s popularity. But, it’s worth the try as it won’t take much of your time to submit your short indie film.

IndieFlix is an entertainment company that has a streaming service dedicated to indie shorts, documentaries, features, and series from over 80 different countries. They’re constantly on the lookout for new content, including quality short indie films.

Besides, IndieFlix implements a revenue per minute payment approach — you earn based on how much time your indie film has been watched.

After completing a short submission form where you’ll specify your personal data, IndieFlix will contact you for further instructions.

Quiver is an aggregator that distributes movies to iTunes, Google Play, and Amazon. It works with both feature films and short movies.

Quiver can distribute your short film to iTunes, Google Play, and Amazon for $1,145 or to iTunes alone for $795. You pay up front, but Quiver doesn’t charge you any percent on your short film revenue.

BitMax is a popular distribution platform that also works with indies. They also have a tool for tracking financial performance of your films across different platforms. BitMax distributes movies to a variety of different video services.

Unfortunately, BitMax doesn’t disclose the price of its services. You should submit info about your short indie film, and they will provide you with the price. But it’s a company with a good reputation and track record.

FilmHub is a big distributor that provides access to a large number of niche VOD services.

FilmHub doesn’t require any payment upfront, but the platform will take 20% of your short film revenue.

FilmFreeway is a festival aggregator that allows filmmakers to conveniently submit their indie creations to various festivals. But, the platform can also be used to distribute your indie shorts to various VOD platforms and resources. We’ve already mentioned that Altera and Dust accept submissions through FilmFreeway. You can dig around and find plenty of indie short film distribution opportunities there.

And if you happen to need some indie film key art to go along with your distribution efforts, we can help you out. 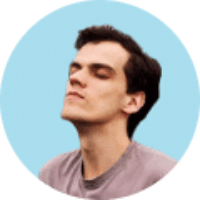 Michael As a part of Getcovers marketing team, Michael helps indie creatives master their craft. In his free time, Michael likes playing his electric guitar, losing hours in video games, and reading unhealthy amounts of SF&F (and trying to move his body at least a little bit to not transform into a plant).
0 0 votes
Article Rating

Want to get more inspiration?

View examples of our movie posters.